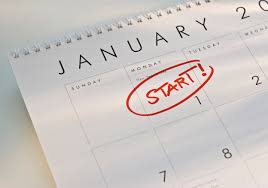 “New year, new me”, you have probably heard this phrase being used excessively by people all around you. What exactly does one hope to achieve by saying that?

It can come in many forms, be it a promise to from good habits or to rid bad ones.

Good habits can include eating healthier, spending more time with your family, learning a new language; essentially with the goal of improving one’s own being. 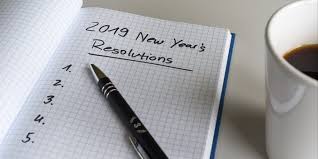 As mentioned earlier, its to improve your life in the coming year! Some see the new year as a clean slate to start over again, thus providing them motivation to stick to their goals for the new year.

Resolutions is a goal that need not be a monumental change in lifestyle, it can be small goals to better your life. In fact having such big goals with no clear steps along the way makes it hard for you to achieve them – Think of it as climbing over a wall; its easier if you have steps to ascend compared to attempting to scale it by itself.

Small goals are arguably more achievable as they are the ‘steps’ along the way towards a bigger goal.

For example, you wish to have a healthier lifestyle. That seems kind of like a vague resolution.  Think about what makes up a good lifestyle. Do you wish to exercise more to achieve that? Or to cook healthier meals at home? Or to eat less sugary stuff?