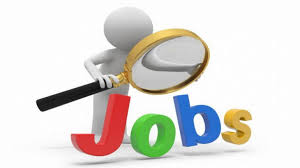 In the past few decades, you might have heard of complaints from Singaporeans about how foreign talents are fighting against the locals and “stealing” our jobs.

The complaints of the people is most prominent in 2011 general elections, where the ruling party has gotten the lowest votes for the first time in its history due to increasing unhappiness of Singaporeans directed at both migrants, and the government’s seemingly lax policies at allowing them to enter the country.

Well, times are changing from those days. After the 2011 elections, Singapore has tightened its liberal immigration policies due to mounting public disapproval.

One of the policy changes for example is; now, foreign students only have 3 months to find a job after graduating in Singapore before needing to return to their origin countries, as compared to the previously significantly longer period of time of 1 year to job search.

Moreover, the bar for potential foreigners seeking employment in Singapore has also been raised so as to restrict immigration inflows.

Despite all these changes to immigration policies, the Singapore government insists that the influx of foreigners must continue, and that Singapore will benefit not only from the knowledge transfer phenomenon that these migrants bring, but also the labour they provide.

Foreign labourers in Singapore are actually the ones who take up jobs most Singaporeans are not willing to do. For example, construction workers. 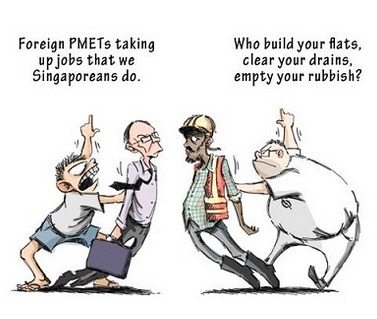 The city-state ageing population and declining total fertility rate has also been cited as the main reasons to bring in foreign talent.

With the government’s recent reminders about the nation’s reliance of immigrants for economic growth, Singaporeans were encouraged to continue to welcome foreign talents and understand the different cultures they bring. Likewise, foreigners were urged to participate in local events so that they can learn more about the local culture and interact with the people.

Hence, we need not worry about foreigners “stealing” our jobs given the tightening of immigration policies, but instead, welcome them with open arms due to the economic and social benefits they bring.